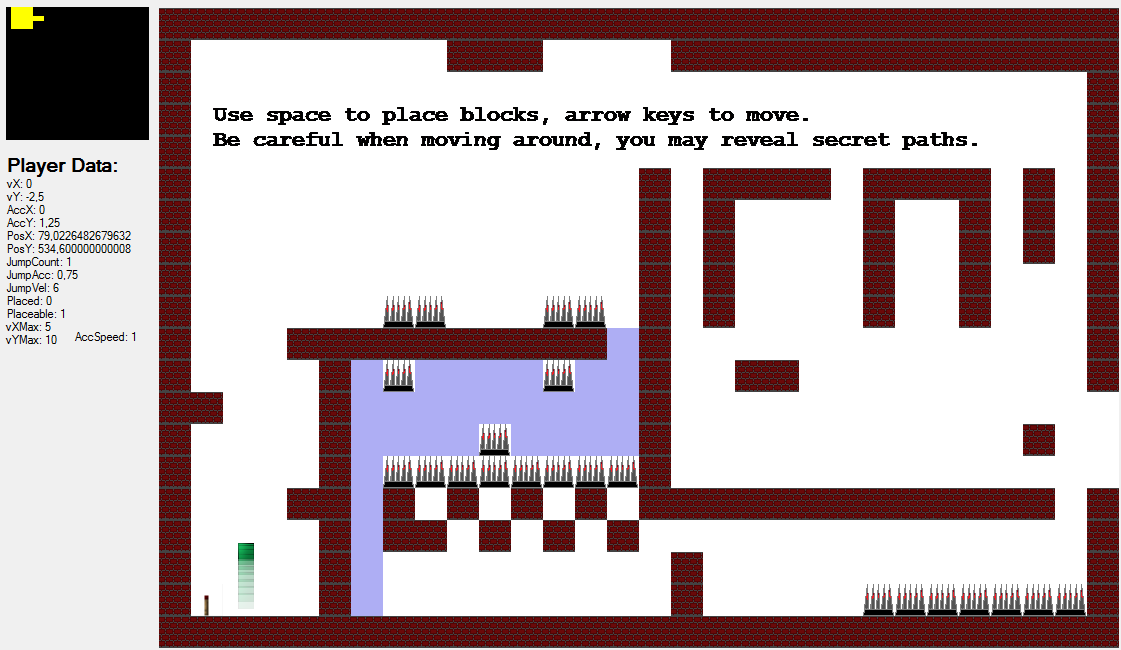 During my school years, I developed several platforming games with varying mechanics as an exercise for my programming skills.

The third iteration of TileGame featured metroidvania-style exploration and progression. The whole world is laid out as a 2D-Grid, wherin each cell is a room/level. By exploring the rooms, powerups can be collected which allow the player to reach previously unreachable rooms. I also experimented with a game mechanic where the player can place time-limited blocks to stand on and jump off of.